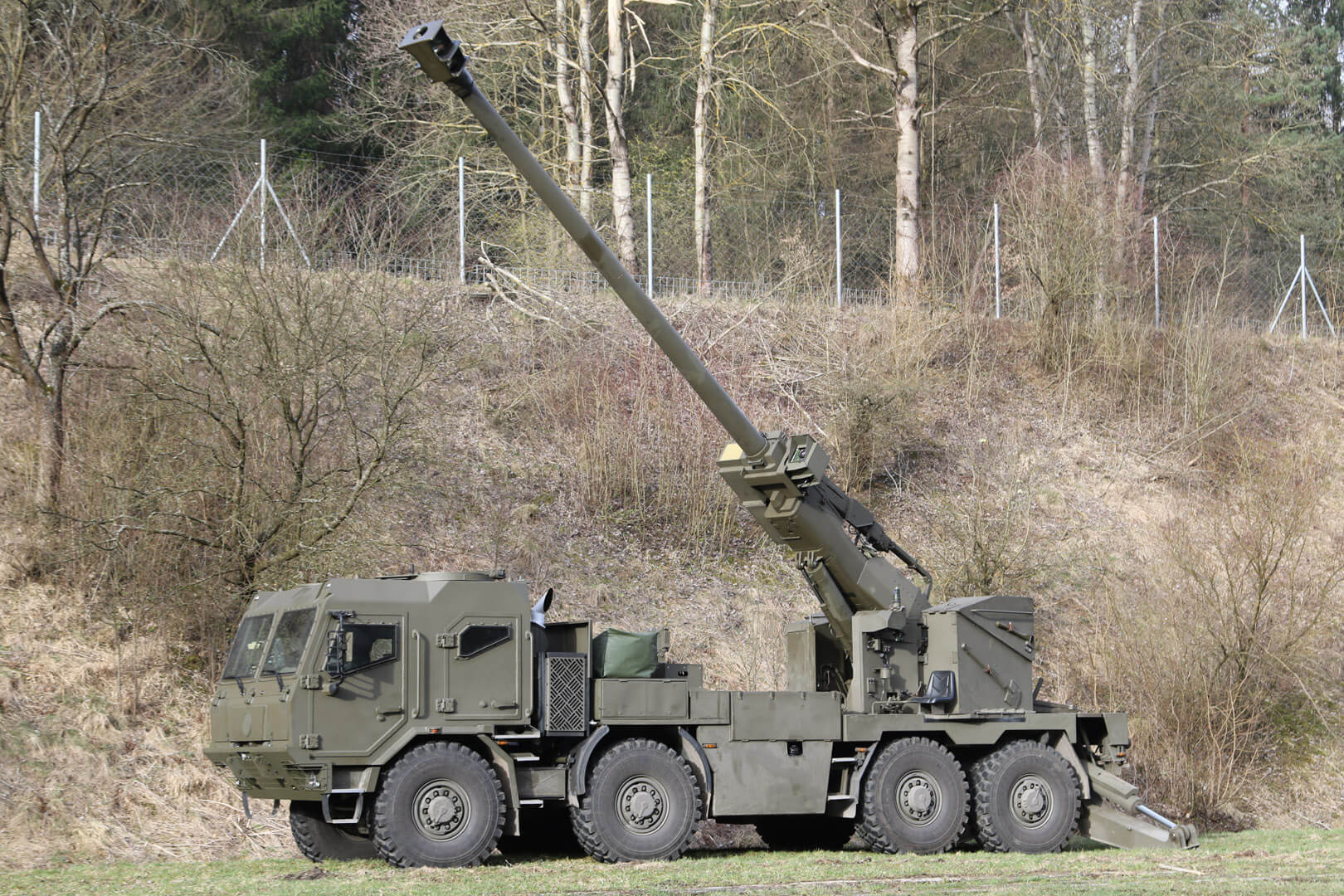 155 mm TMG EVA presents a self-propelled autonomous artillery system with automatic loading of ammunition providing an effective fire by means of both direct and indirect aiming. Design is based on a proven 155mm 52 cal. SpGH while overtaking maximum assemblies and design solutions verified within the course of demanding testing and tender trials performed in Slovak Republic and abroad.

Three-man crew is located in the driver´s cabin. Backup workplace is situated on the weapon superstructure.

Driver´s cabin is light armoured. For action in contaminated area, the cabin is equipped by effective filtration and ventilation unit. The cabin protects the crew against NBC weapons, small arms, as well as mounted weapons and ammunition fragments

Control of weapon is enabled from the crew´s cabin and it is not needed to leave the cabin until the 12 projectiles stored in conveyers are fired.

Eva 8×8chassis – the TATRA concept featuring the middle support tube with swinging half-axle and the engine in the front part.

The chassis features the armored cabin and the central tire inflation or deflation.

The automation is arranged by using the mechanisms sensing and auto-adjusting the position of barrel and ammunition conveyers, fully automatic loading system, automation of data transfer between the master system and object.

A core of the FCS, computer  with its software, Navigation and Position System and Automatic Loading Mechanism, enables the crew to fire from an unprepared firing position under the armor all the mission time, reaching very short in-to-action /out-of-action time.

Rate of fire: in automatic mode:
5 rounds in the first minute, 13 rounds in 3 minutes

Rate of fire: in manual mode:
2 rounds per minute

Any cookies that may not be particularly necessary for the website to function and is used specifically to collect user personal data via analytics, ads, other embedded contents are termed as non-necessary cookies. It is mandatory to procure user consent prior to running these cookies on your website.